Get your kit on

With every new season comes a wave of new football kits. Some will take their place in the hall of fame, others won’t even be given a squad number.

We decided to take a look at some of the best and worst that have been thrown up (sometimes almost literally), throughout football history.

The first reference to team colours comes from the rules of Sheffield FC in 1857, which stated: “Each player must provide himself with a red and dark blue flannel cap, one colour to be worn by each side.” The first ‘proper’ team kits began to appear around 1870 and over time clubs adopted badges and colours.

Fast forwarding to 1973, Leeds United struck a deal with a new kit manufacturer, Admiral. As a result replica kits were born. Marketing gurus started to realise they had a huge money spinner on their hands. Kit manufacturers Umbro and Bukta soon launched their own range of new kits incorporating their own logos whilst Adidas began to boom in Europe.

The first ever shirt sponsorship deal involved the German team Eintracht Braunschweig, who wore the Jägermeister logo type on their shirts in 1973 (and it looks awesome, even with the accompanying handle bar). 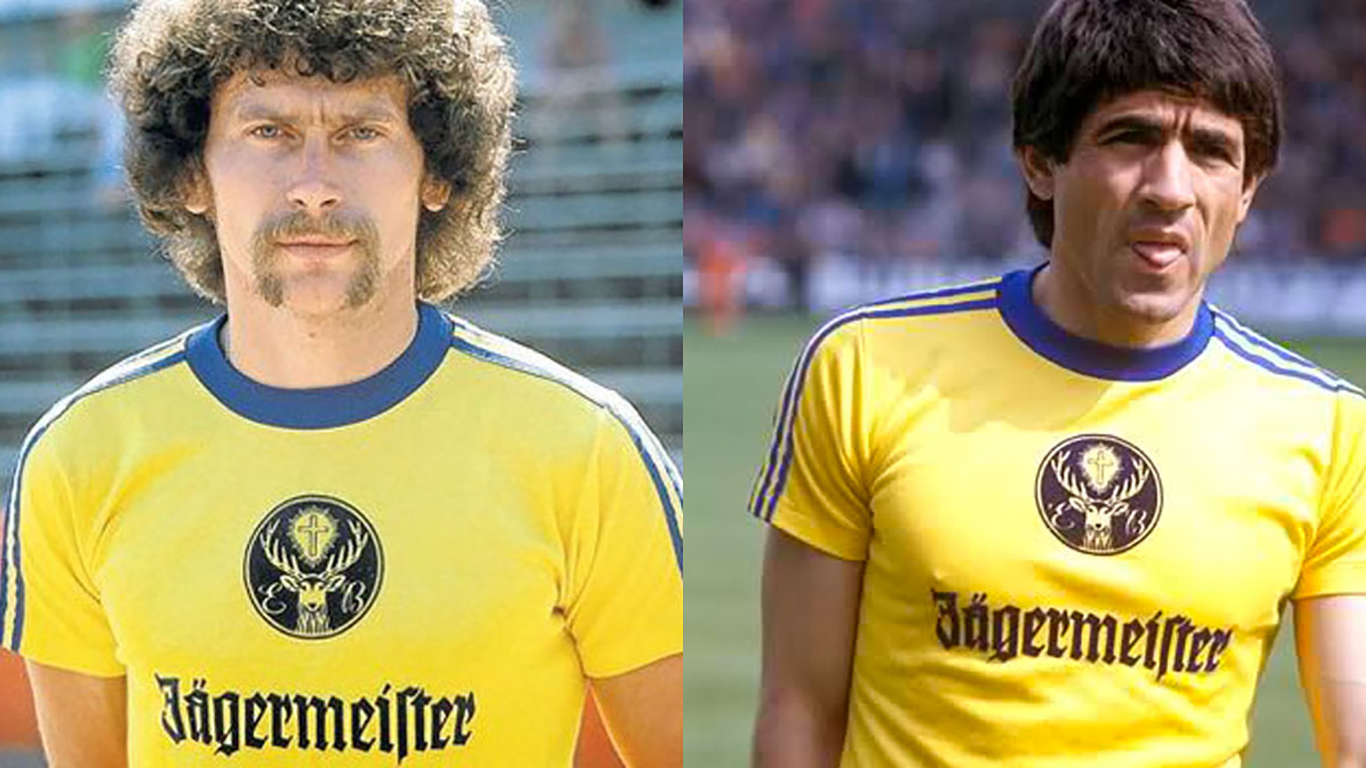 Sponsorship boomed throughout the 80s and by the 90s, kit manufacturers began to really push the boundaries in their designs. We saw abstract patterns, marks, waves and in Norwich City’s case ‘bird poo’ (As modelled by folklore legend Jeremy Goss here). 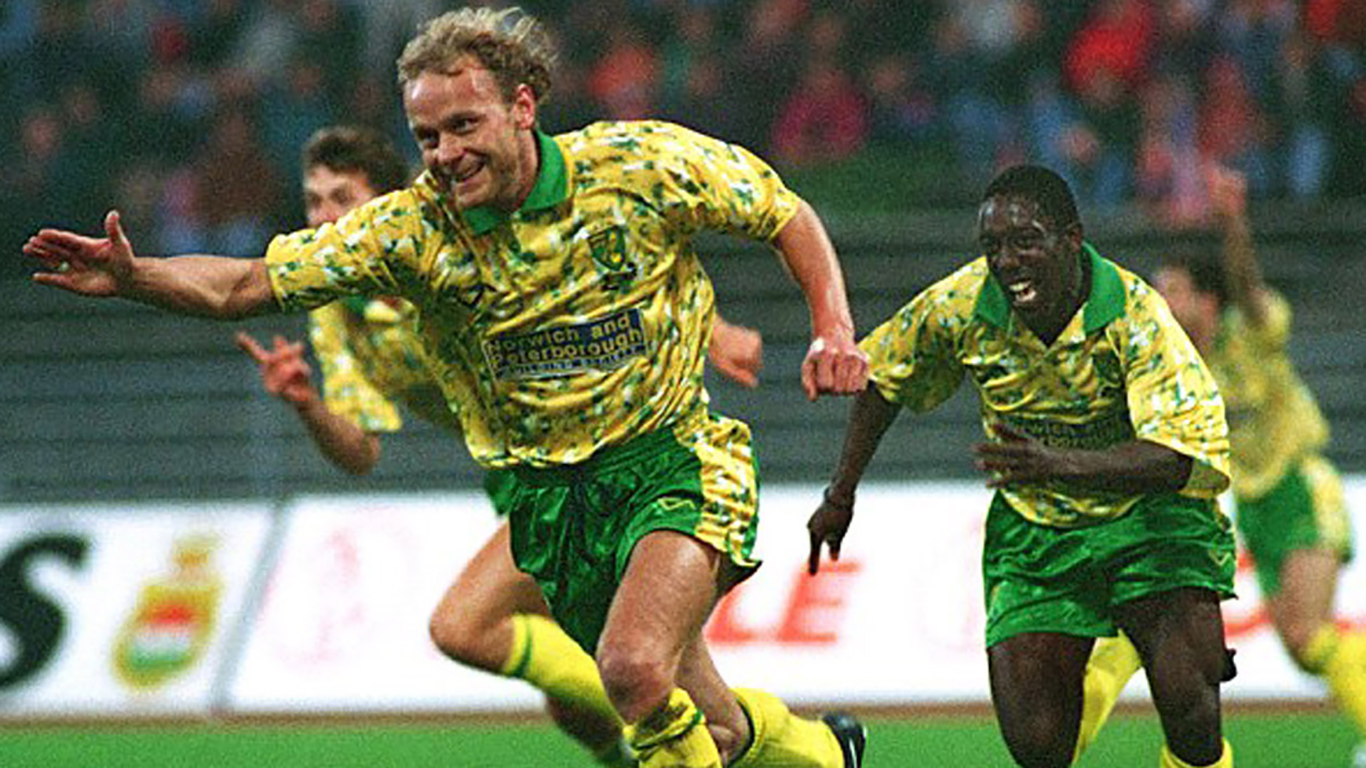 A tasty kit for a tasty team! The Netherlands won the 1988 European Championships in this Adidas stunner. The final was marked with that glorious volley from Van Basten. 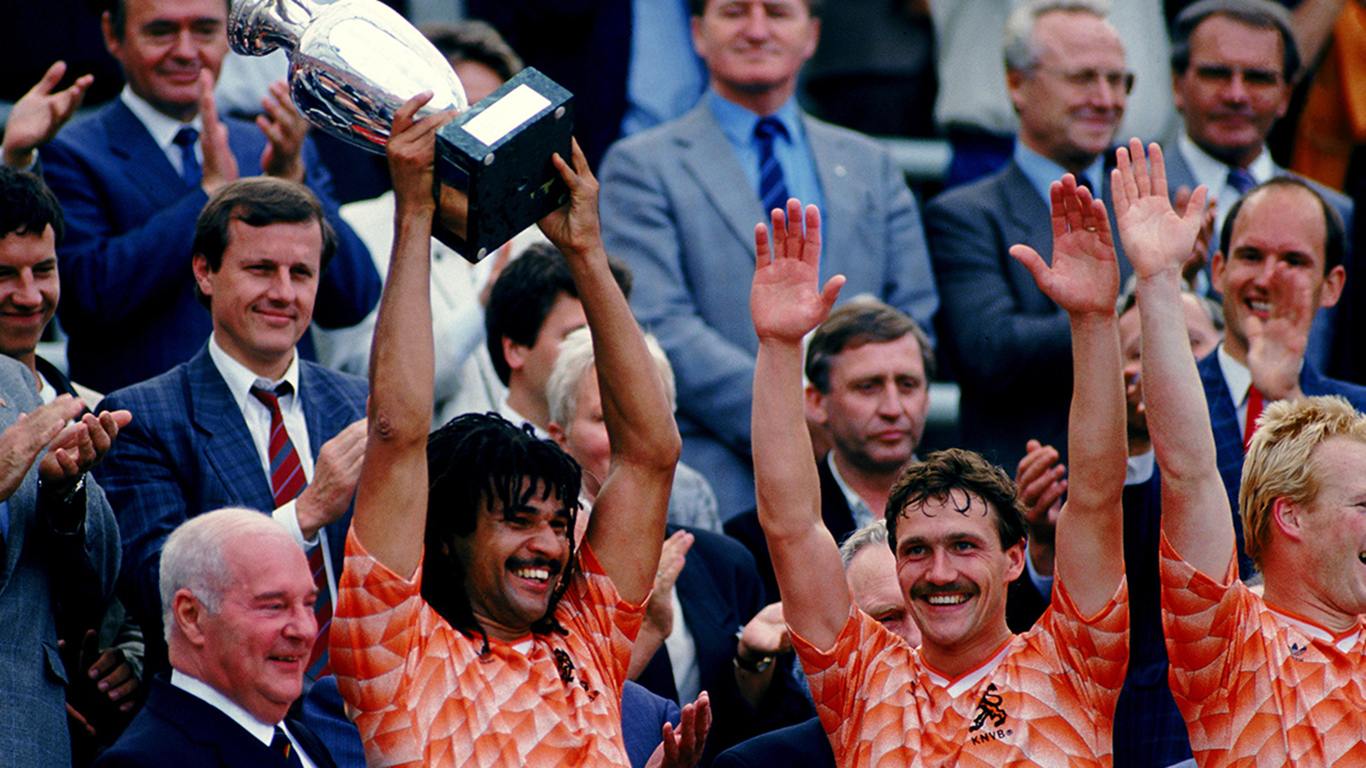 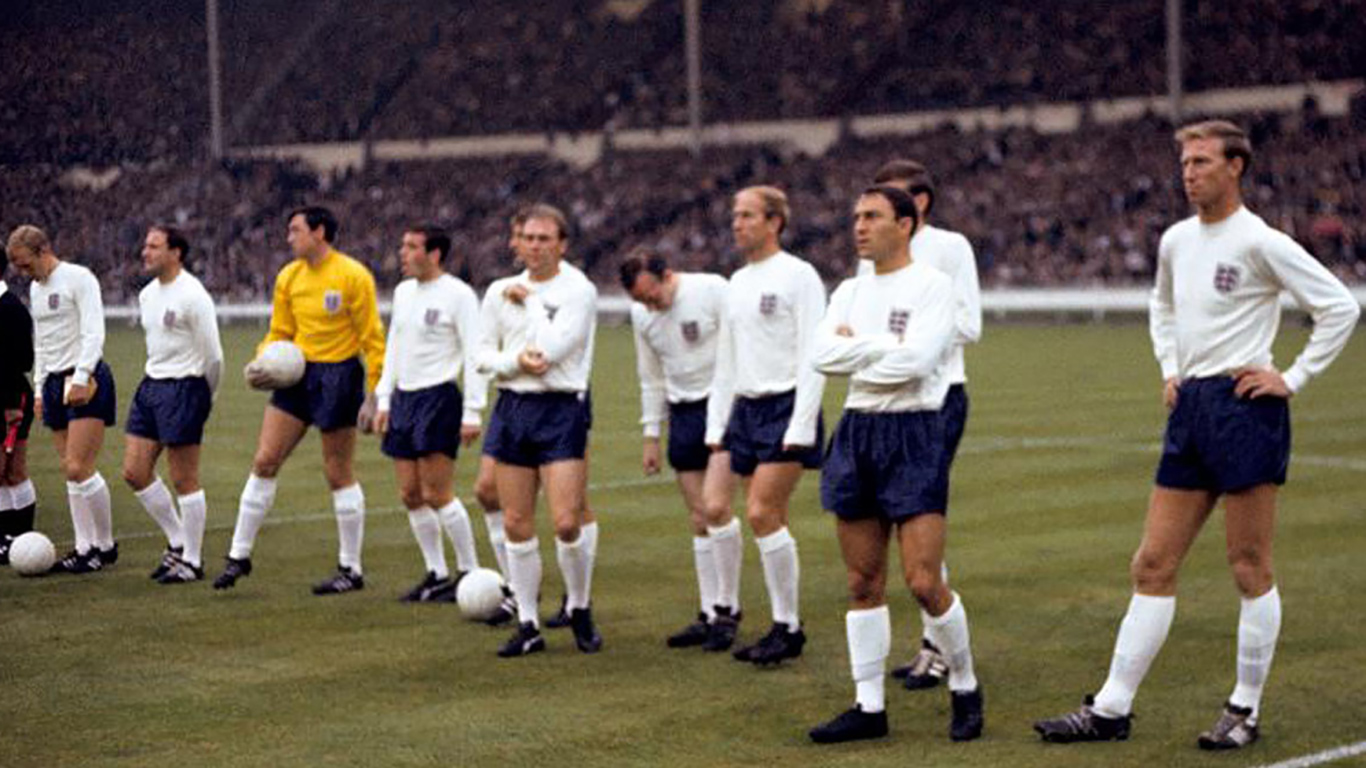 Maradona here with the stylish Boca Juniors shirt and the unmistakable gold band. A great example of a team really owning a design. 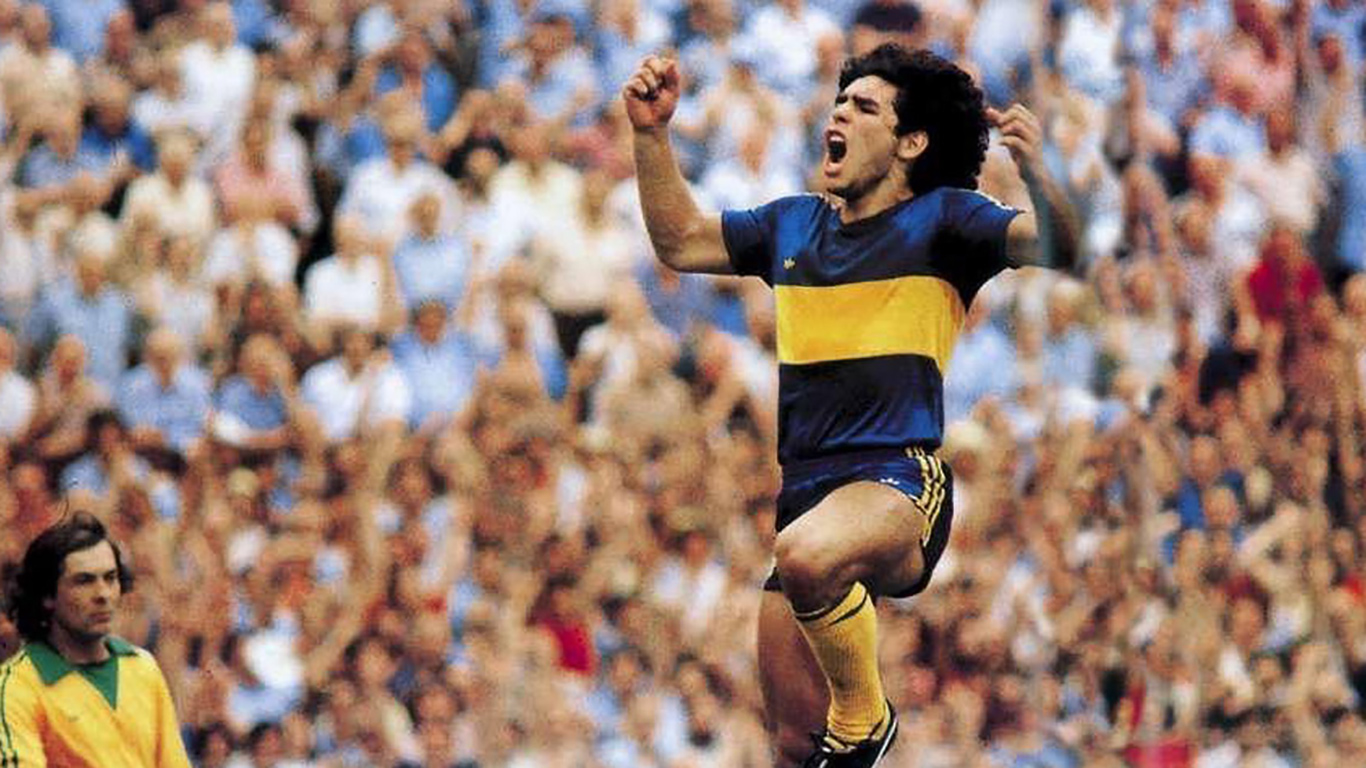 There seems to be a lot of Adidas in here! This Germany kit from 1990 is nothing short of iconic. 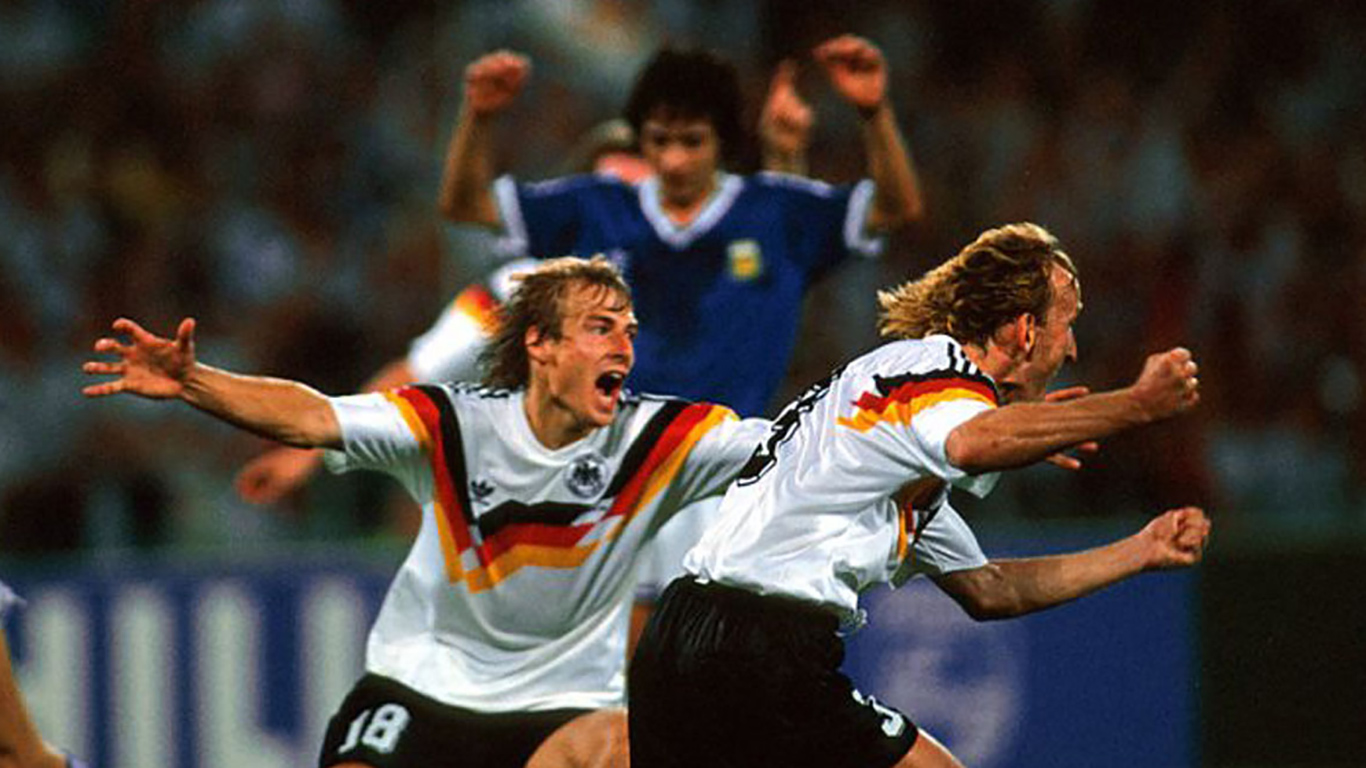 A recent one this and it shows the striking Juventus rebrand by Interbrand in full swing. Not sure on the model poses though lads… 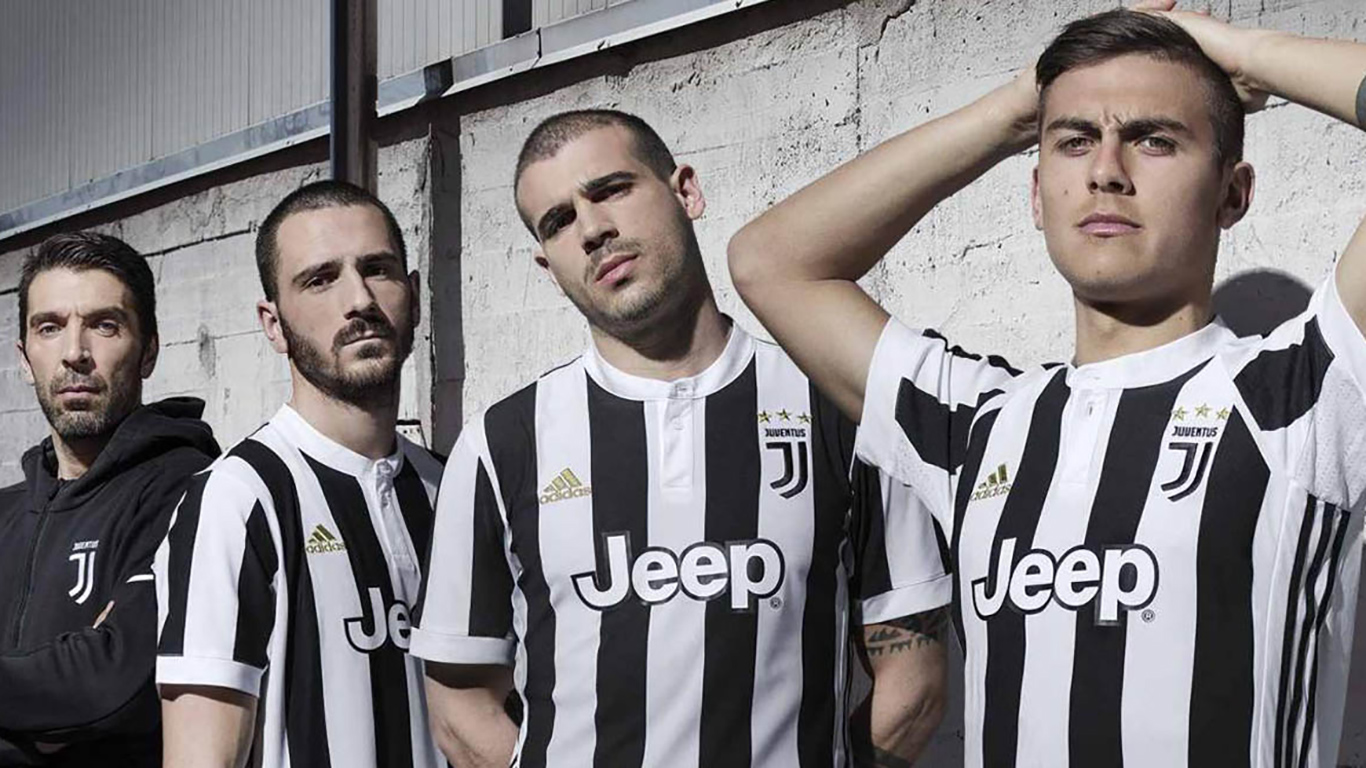 An absolute classic, and no it’s not a multipack of Red Stripe cans. We could have chosen a number of iterations here. The red diagonal sash on Peru’s jersey’s always stands out on the pitch. 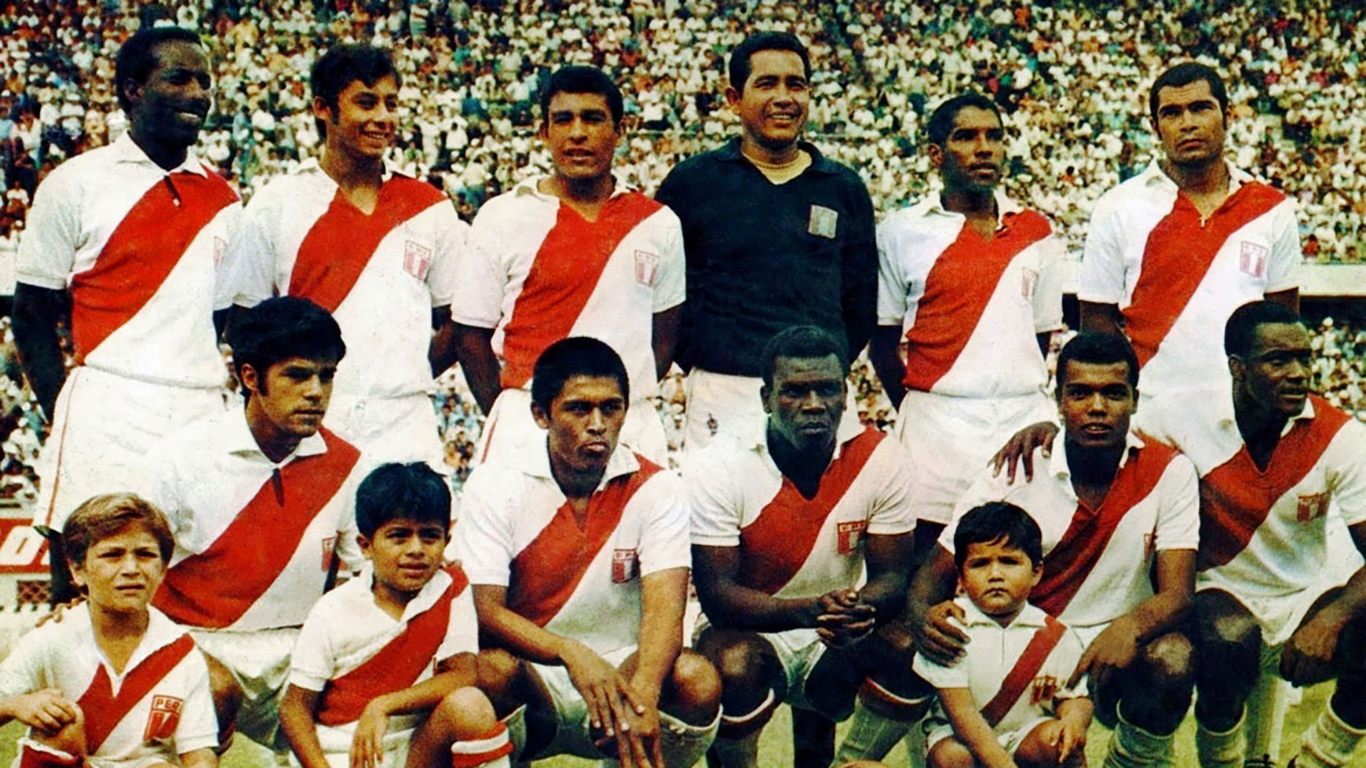 In 2016 Kappa launched this anatomical number for CD Palencia. Certainly not a heavyweight in the kit department! 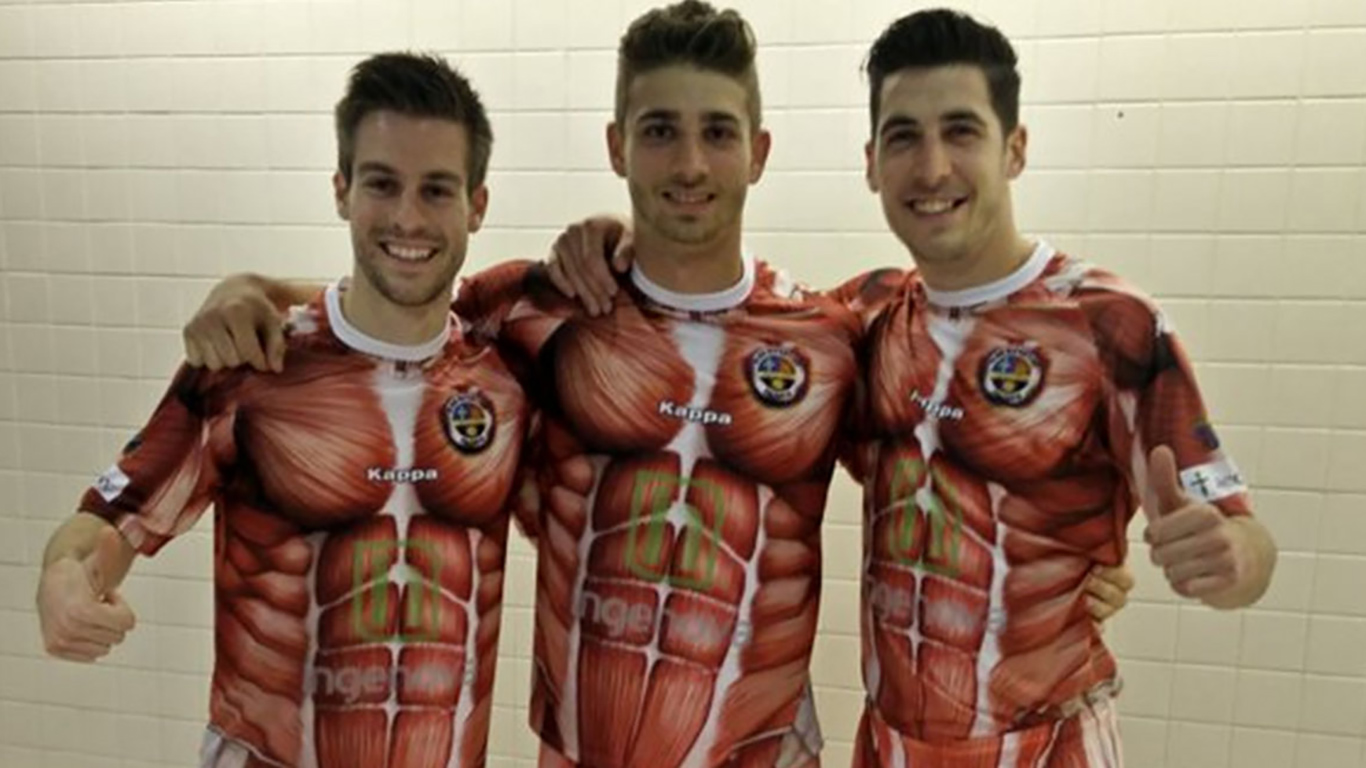 Grrr! A tigerish effort from Hull that should really be behind bars. 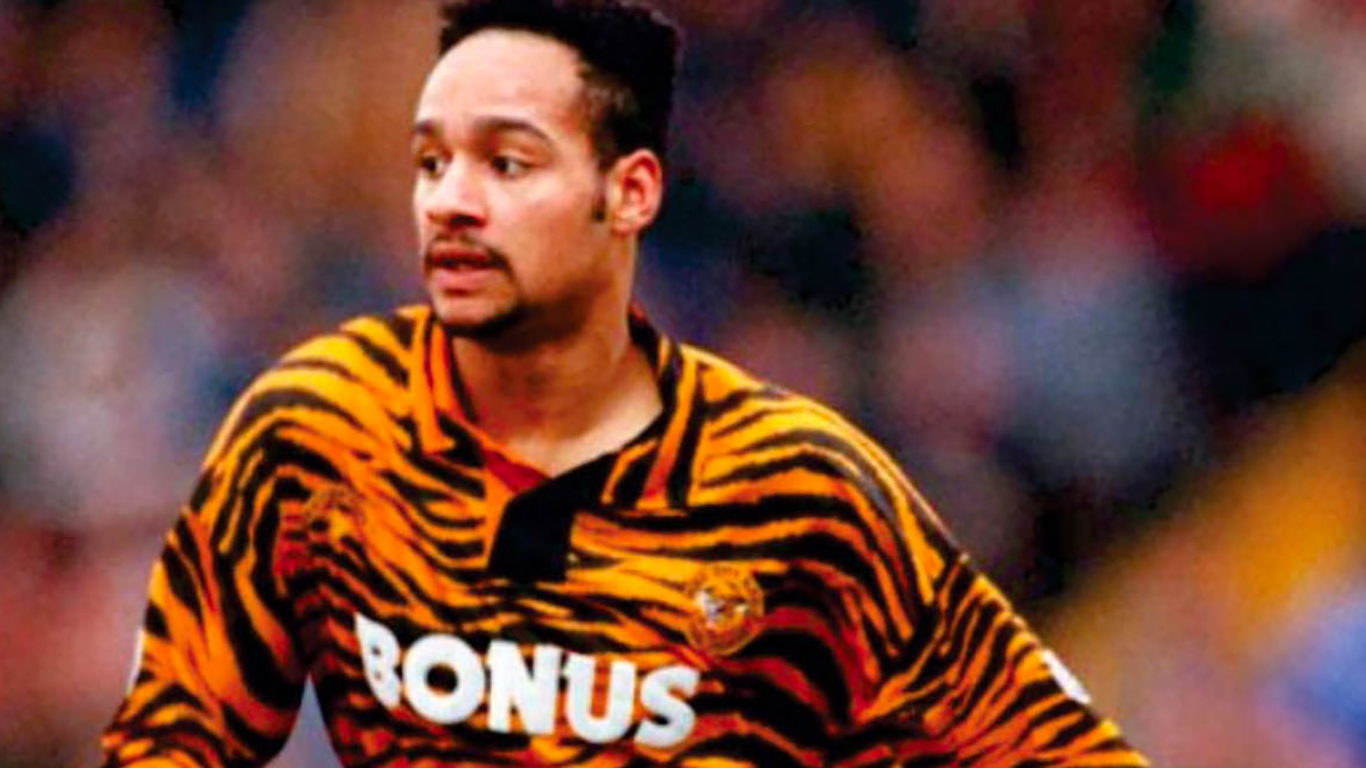 Maybe a controversial entry, this very very brown number from Coventry city has achieved a bit of a cult status. The collar which wouldn’t look out of place on John Travolta, probably doesn’t do it any favours. 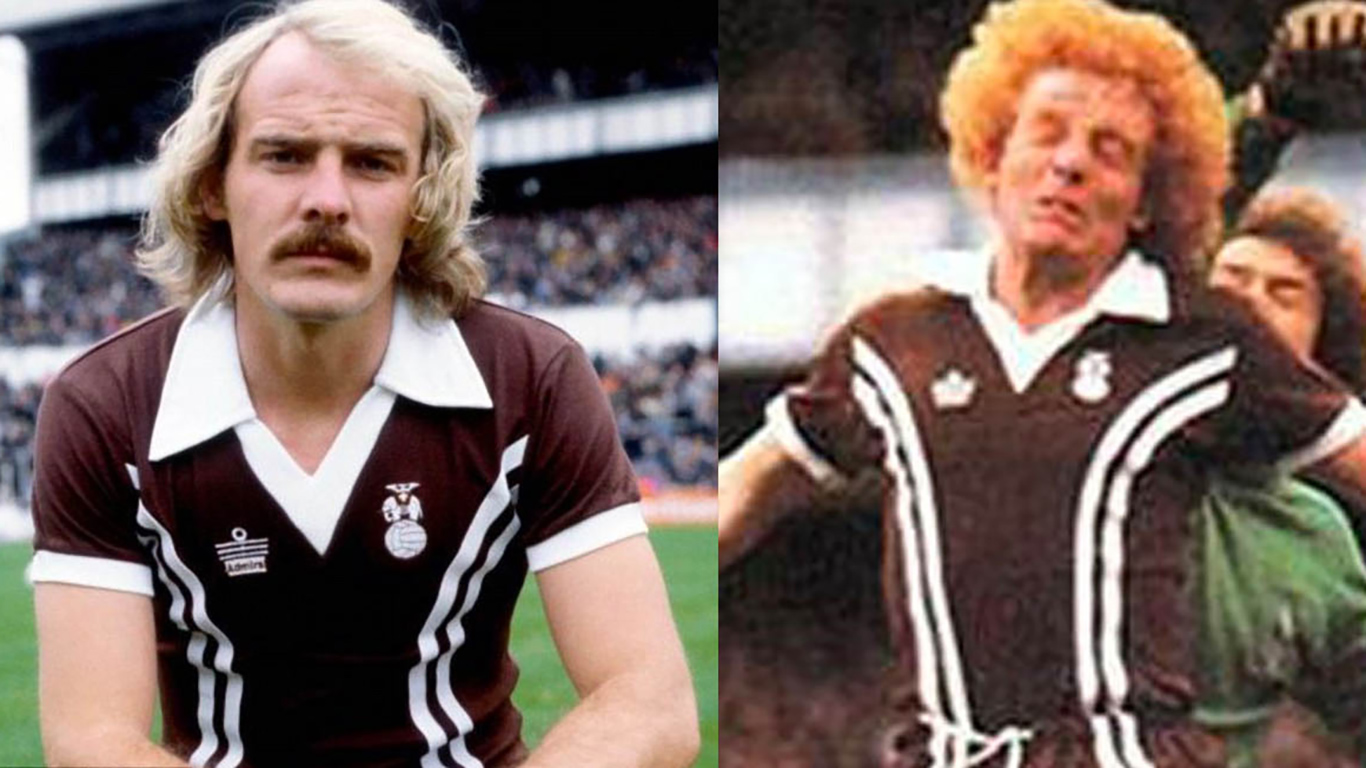 Jorge Campos had a hand in his own kit designs. They verge between genius and lunacy, which always helps when you’re a goalkeeper… 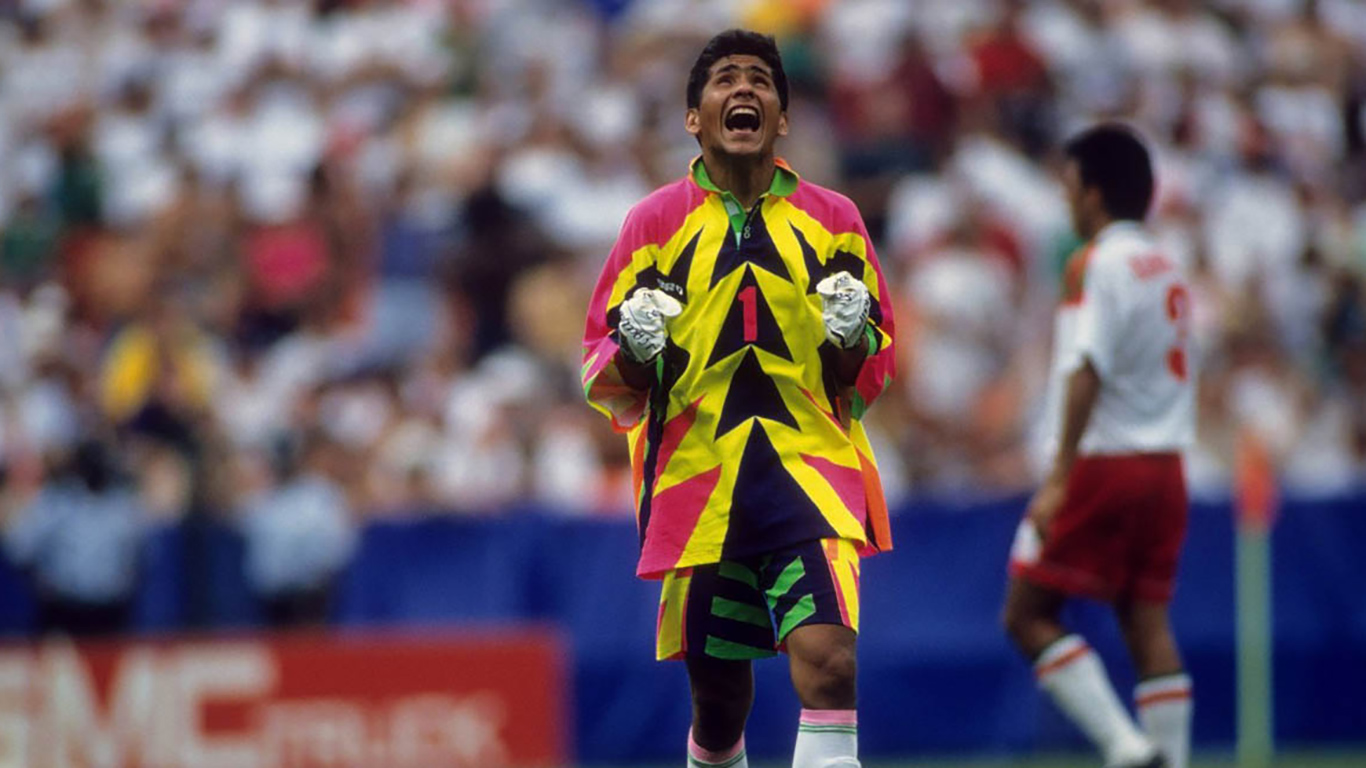