How should we be inspired? A look at modern inspiration

Inspiration can come from an almost infinite number of places, be it anything from nature to architecture. However, with the rise of sites such as Pinterest and Tumblr which are populated by content from the masses, are we all being coerced into the same trends and movements?

As designers at Dawn, we do use Pinterest regularly, and using different boards is an efficient and useful way of organising resources and inspiration for different topics. As you begin to pin images to a board, the site algorithm brings up suggestions of similar images based on the colours, style or tags used for that post. This can be useful if you already have an idea in mind or a client wants work in a specific style, but if you don’t know what you want, does this begin to limit the ideas and directions you can take?

A lecture series I took at university focused on the history of graphic communication throughout human existence. Despite being interspersed with some dry topics which sent some students to sleep(!), most of the lectures were really eye-opening, highlighting creations which helped to shape the past, present and future of graphic communication.

There were some really striking examples that showed how ‘contemporary’ looking the past can be. I was particularly drawn to work from the Vienna Secession movement during the late 19th Century and early 20th Century. Some of the typography during this era is really prevalent today, along with the geometric style illustrations which form a huge part of modern day design.

In a world where sites like Behance suggest all designers are simply producing a conveyor belt of polished on-trend work, maybe it’s time the design community started to look deeper into the past for inspiration. 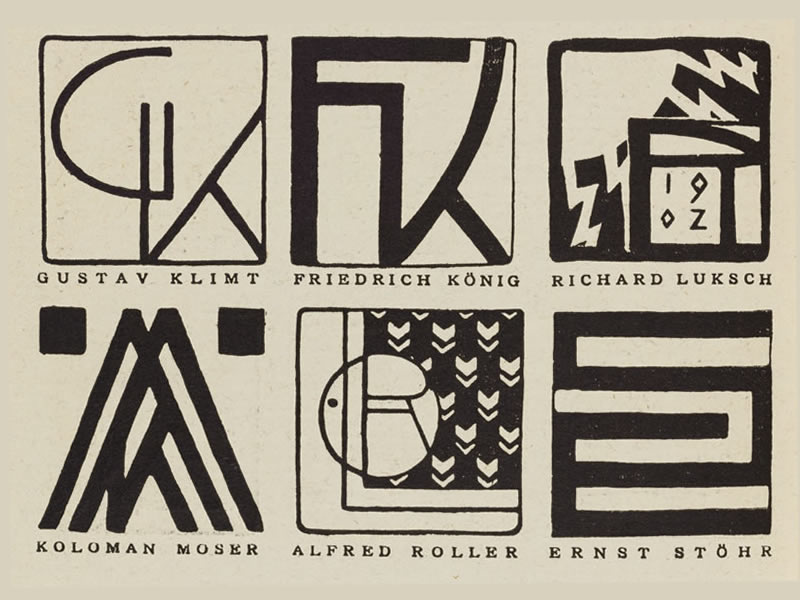 There is an argument to say design is becoming more formulaic due to efficiency, where the brands we create are hieroglyphics of the modern era; where layouts look the way they are because it’s what most pleasing to the eye. Another question could be if the narrowing depth of inspiration and creativity is down to competition and client demand?

With more pressure on agencies and designers to minimise costs, research time is often one of the first things that gets cut. However, it’s vitally important we don’t lose the vitally important aspect of creativity that marks us out as designers. Whilst our research time might remain limited perhaps we could simply help to move our graphic communication further by looking more towards the skies instead of our screens?

At Dawn we want to try and use as big a variety of inspiration as possible in order to help you achieve your brand ambitions. Even if this means dropping the computers and picking up the books!

If you feel inspired feel free to view our work and contact us.