Would the World Look Better If It Was Stripped Back?

What would happen if someone waved a magic wand and suddenly, everything that we see, use, buy and consume, turned into a minimal version of it?

These days, minimally designed products and brands tend to stand out not only because they’re well designed, but because they’re surrounded by the sea of clutter. They also have a propensity to feel more premium, because minimal design takes longer to get right, since the designer has less elements to play with, and as we covered in last month’s post, it can be easier to visually digest.

In a 2017 episode of Supermarket Shopping Secrets on BBC1, research company Nielsen revealed some very interesting findings. By using Electroencephalography (EEG) through a cap that reads electrical activity from people’s brains, they were able to measure emotional responses to a range of common supermarket items. By using this in conjunction with eye tracking, they were able to pinpoint where people were looking – and why. The results showed a definite pattern. The products with the most simple, stripped back packaging produced the best emotional response, and the study concluded that the consumer was much more likely to buy them.

We’ve learnt to associate clutter and overwhelm with distaste and cheapness. Why? Because, generally speaking, there is lack of coherant hierarchy. Fonts can be over the top and mixed and matched, there can be too many colours and there may be hardly any whitespace meaning the design cannot ‘breathe’.

But what if everything got turned into its stripped down version? Would everything start to look pretty much the same? What would eye be drawn to now in a supermarket aisle?

Particular brands can also target particular audiences; it’s pretty much impossible to visually appeal to everyone. Nesquik is aimed at children, so therefore it makes sense to have an illustration of a cartoon rabbit on it, because that’s the visual language children understand best. However, does a tube of Pringles really need a picture of an onion with a bowl of sour cream? The packaging already says what the flavour is, but it’s quicker for the eye to recognise the picture than read what the text says. So do we need it there? Not everyone is willing to work harder to read what the packaging says, and in the current always in-a-rush world, brands want to make sure consumers find what they’re looking for as quick as possible, otherwise they might not bother. 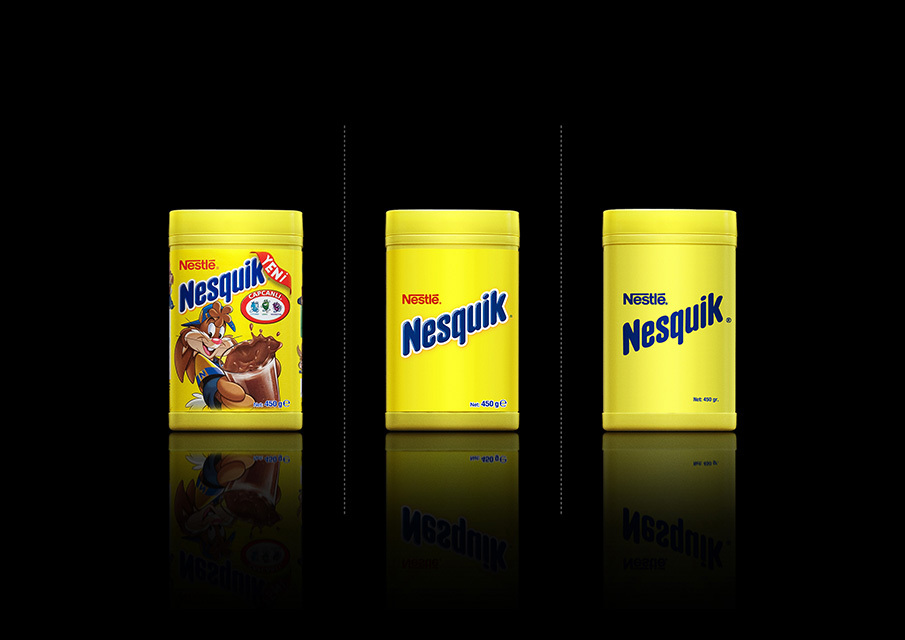 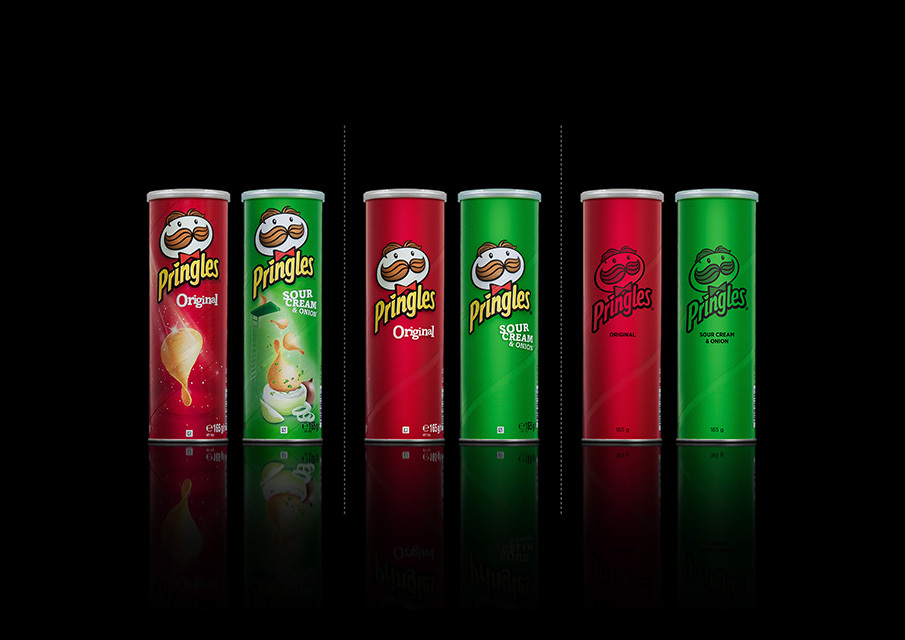 As soon as everybody starts following the same pattern, the only way to break that cycle and stand out is to do the complete opposite. The same thing would happen if all the products and brands got transformed into their minimal versions. The only visuals that would probably stand out would be the ones that aren’t clean simple. They would probably feel overly complicated and cluttered, but they would be different. It raises the question about what the consumer chooses then; would they still go for the stripped back version, or its maximalist version just because it’s different?

It would certainly be interesting to find out, but for now, we tend to live in a visually cluttered world, so it’s no surprise that part of our ethos at Dawn is to keep things simple. Do you fancy standing out from the crowd and outshining everybody? Let us know and we’d be keen to help, because there’s nothing that we love more than getting the world of poor communication and bad design.

Every agency says they’ll do a great job, but few guarantee it